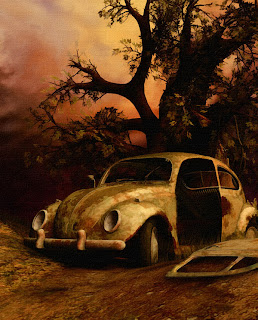 Ive always liked derelict,worn out and abandoned things more than bright shiny new ones (well form an aesthetic point of view anyway) They are just more interesting and could no doubt tell some fascinating stories. I especially like it when nature takes some old manmade object and makes it a part of itself.

I've had it in mind for a while to do an image with an old abandoned car so this seemed like the time to do it. I chose the good old Volkswagen beetle. A classic design that's recognised just about everywhere. It was fun to take what was originally a pristine 3D model, and see what I could do with it using various textures.

I see more old and derelict stuff in my images in the future.
Posted by Artbyphil at 10:41 am 7 comments: 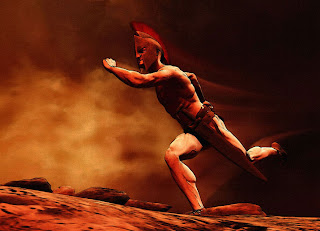 Well I wasn't sure what to do for this image then decided to go back to the start of racing. This was a race against time rather than another person but it is often cited as the inspiration for the modern marathon. For those who don't know it here's the story (well one version anyway)

In 490 B.C., the Persians landed a large force just outside of Athens on the plains of Marathon and prepared for attack.
The Athenians, who were massively outnumbered needed the help of Sparta so the Athenian generals send Phidippides (or Philippides) a professional runner to Sparta to ask for help. This was 140 miles away over rough and mountainous terrain and Phidippides apparently ran the course in about 36 hours. Sparta agreed to help but due to some strange religious laws’ which involved having to wait for a full moon couldn't go immediately so Phidippides ran back to Athens (another 140 miles!) with the bad news.

Before the Spartans arrive the battle started and though outnumbered 4 to 1 with the help of some clever tactics and some crafty moves the Athenians won. However the remaining Persian army set off hoping to attack Athens itself.
Then generals decided someone would have to beat them to Athens to tell them of the victory and the impending attack.

Now Phidippides While good at running was apparently not too good at hiding and so already exhausted from 2 long runs and a lot of hard fighting in the battle was again chosen to go for a run this time a mere 26 miles back to Athens. He set off (no doubt mumbling under his breath ‘am I the only person in this bloody army who can run’ or some ancient Greek equivalent) He managed to get there in 3 hours, delivered his message and then died from exhaustion.

I originally depicted him with his helmet and shield as he sometimes is traditionally. This makes for a more dramatic image but didn't really make sense to me, those things must have weighed a ton and not the thing to have strapped to your back on a 140 mile (or 280 mile if you count the return journey) run! I left the helmet on for effect as its the thing to me that most identifies an ancient Greek solider but even that is a dubious thing to go running in :)
Posted by Artbyphil at 10:11 am 3 comments: 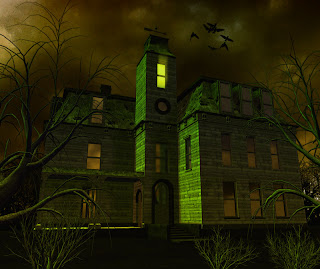 Well another subject I had quite a few ideas for. In the end I settled on the old classic spooky house. This was also an opportunity to brush up on the 3d modelling skills.
I made and textured the house in Sketchup then lit and rendered it in another programme (daz studio) followed by post work. Once I’d got it set up I could have done lots of variations on this and it was tricky deciding on the one to go for. In the end settled on the spooky green colour.
Posted by Artbyphil at 3:17 pm 8 comments: 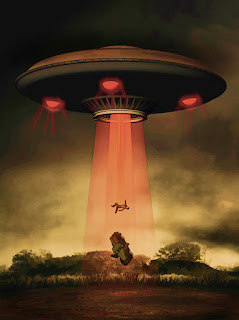 The If topic this week is transportation. I had quite a few ideas milling around but in the end settled on this one. Maybe not the type of transport you want:) I did a bit of experimenting on the more painterly/graphic/comic style I'm working on again. 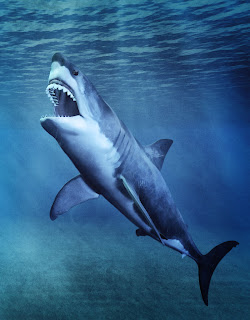 Well I'm back after another extended break from this blog!
This is the Great white, a species that's survived for millions of years (exactly how many million is a matter of debate) though sadly the speed that man is wiping them out they may not be here much longer, at least they are now being given protection in some places.
As I've been slacking a bit on the IF topics I did this one especially for it, though I'd had it in mind to do a shark image for a while. Though this is a digital image I've been trying out some tests to get a more natural media look. (I also intend to use real paints and brushes again at some point!)
Posted by Artbyphil at 1:45 pm 3 comments: